Use it or Lose it

After spending a few months reading the New Influencers I have finally reached the end of the book and what better way for author Paul Gillin to conclude than with a chapter called Next Steps where he describes his predictions for the future of social media and the impact it will have in changing traditional marketing and media. Now I don’t want to give it all away because I feel it is an important book to read if you are interested or involved in any form of marketing, but I will speak a little about it. He restates the importance of blogs for small business. The influence they could have by emerging themselves in social media could be astronomical. Also the fact that mainstream media is so dependent on social media gives a hint of which way the future is heading; which is in the opposite direction of traditional media.
My generation wants something different than traditional media. We don’t watch the news and rarely do we read a newspaper unless our favorite sports team won and we want to see the picture or we have to find an article for class. We expect all our information to come from the internet. I don’t look at the internet as some great invention that has changed my life because I have always had it around. It is my main source of information and I expect it to keep me updated in a way that traditional media cannot satisfy. Gillin touches on this point in his last chapter and I can only summarize it by stating this. I rely on the new influencers to tell me what is new and important, not traditional media. The bottom line is this, the internet is the new go to for everything from news and entertainment to products and services so as a marketer, you better be ready to adapt and change or else you will get left behind when my generation comes of age.
Posted by Paro at 3:45 PM 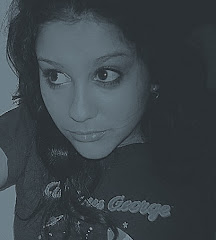